The exhibition is a brief biography of Baroness Ulrike von Levetzow, her closest family, the castle in Třebívlice and the fate of her estate.

This noblewoman, originally from Mecklenburg, entered into the annals of nineteenth century history by being the last great love of Johann Wolfgang Goethe. The love of a seventy-two-year-old poet for a seventeen-year-old girl who became his inspiration to write “Elegy”, one of the most impressive love poems of all time, and the fact that Ulrike died unmarried at an advanced age, gave rise to the legend of unrequited romantic love.

Ulrike von Levetzow spent most of her life in Bohemia at the Třebívlice Chateau in the Litoměřice area. Soon after her death, her nephew sold the entire estate to the town of Most, even with some of her personal belongings, which were acquired by the city museum in Most.

These artefacts have been identified and preserved and the majority of them are on display in the current exhibition taking up two rooms. The first is a brief familiarization with the Baroness’ life. Originals and copies of documents and photographs are accompanied by small objects from her personal belongings, including a part of the Třebívlice Chateau library. The second part, the so-called Goethe’s room, otherwise known as the posthumous Ulrike’s room, was originally located at the Třebívlice Chateau. 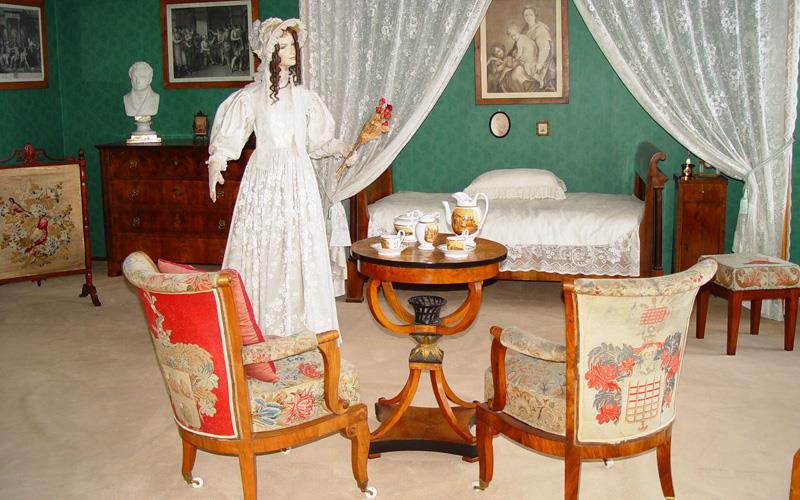